Full scripture for this Sunday  is available on our parish website. Daily Scripture is also available.

But wanting to justify himself, he asked Jesus, “And who is my neighbour?” Jesus replied, “A man was going down from Jerusalem to Jericho, and fell into the hands of robbers, who stripped him, beat him, and went away, leaving him half dead. Now by chance a priest was going down that road; and when he saw him, he passed by on the other side. So likewise a Levite, when he came to the place and saw him, passed by on the other side.

But a Samaritan while traveling came near him; and when he saw him, he was moved with pity. He went to him and bandaged his wounds, having poured oil and wine on them. Then he put him on his own animal, brought him to an inn, and took care of him. The next day he took out two denarii, gave them to the innkeeper, and said, ‘Take care of him; and when I come back, I will repay you whatever more you spend.’ Which of these three, do you think, was a neighbour to the man who fell into the hands of the robbers?” He said, “The one who showed him mercy.” Jesus said to him, “Go and do likewise.”

I got stuck once in a foreign city – no knowledge of the language, not much local currency, and I expected to buy an air ticket that day to move on. Everywhere was closed for a bank holiday, and planes were full for the next day. A man saw me at the office of the airline and helped. He brought me home, gave me a meal and a bed for the night, and then got me a ticket the next day. He did not know who I was but I am grateful forever. Or someone who took pity on me as a small child and I was lost on a train. They were Good Samaritans. Have you had or done the same?

The sin of the others was indifference; they couldn’t care. They didn’t even cross over to see how he was, even if they could do nothing. Going to the temple was more important, as was not touching a foreigner or his blood. The person in need was forgotten.  The most important thing of this story is to be the helper. 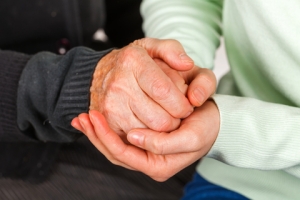 A big group for help in Ireland is our asylum seekers. Many of them are kept for years in a no-person land, with scarce help, and children who are neglected.  A question for us in the future will be how we have treated them so badly.  Pope Francis speaks of the globalisation of indifference –this is a whole group of people with huge needs. And he asks – “Who cried for the deaths of these brothers and sisters? Let us ask the Lord for the grace to weep over our indifference”.

All that matters to Jesus is that a person is in need and the Christian thing to do is to help! We help because someone needs help.  This is the way of Jesus.

In the coming week say a few times am I a Good Samaritan and see what change it might make in my life.

These reflections are written by Fr Donal Neary SJ, editor of the Sacred Heart Messenger magazine and they also have been published on the Logos Sunday Missalettes. (Logos Misalette, Greystones, Co. Wicklow)